FFS Asks Geocachers Not to Place Geocaches in Caves 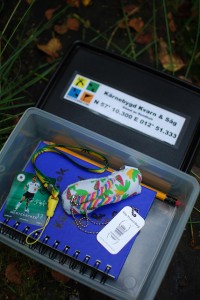 A Typical Geocache. Photo by Sundhult/flickr

Geocaching and caves do not go together according to a recent statement by the French Federation of Speleology (FFS).

The FFS reaction comes following the discovery of a number of geocaches hidden just inside entrances of caves, and in some cases deeper in passages.

An increasingly popular outdoor activity, Geocaching tasks participants with finding containers, called “geocaches” or “caches” using a Global Positioning System (GPS) receiver. At the time of writing there are over 2 million active geocaches, and some 6 million geocachers across the globe.

Citing concerns for safety and respect for the environment, the FFS maintains that caves are are unique and sensitive environment that requires special skills and knowledge; not a fitting place for caches to be hidden.

Furthermore, they implore that anyone venturing underground must have the proper equipment and expertise to avoid accidents.

According to our own Ask Cavers poll, held after an incident where three geocachers became trapped in a flooding cave, the majority of our readers agreed that caves are no places for geocaches.