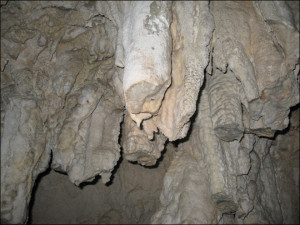 Located in the Kern River Ranger District of the Sequoia National Forest, Packsaddle Cave is a popular hiking destination.

Although most of the cave’s stalactites are already missing from earlier vandalism, the U.S. Forest Service confirmed on Wednesday that recently more stalactites have been removed from the cave.