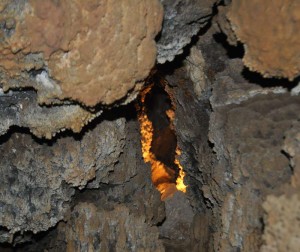 Glenwood Caverns in Glenwood Springs, Colorado is celebrating its 10th anniversary with a summer kick-off party on Friday, May 24.

Guests can enjoy a free evening of Music on the Mountain by Beatles tribute band Doctor Robert and a tram ride in exchange for a canned food donation to benefit the LIFT-UP food pantry.

To mark the Adventure Park’s 10th anniversary, there will also be giveaways, drink specials and savings on Funday Passes.

When owners Steve and Jeanne Beckley first opened Glenwood Caverns & Historic Fairy Caves to the public in 1999, guests were transported to the cave by bus from an office in downtown Glenwood Springs. It wasn’t until four years later, in 2003, when the tramway, first proposed by the original owner of the cave Charles Darrow in 1903, was opened along with the mountain-top restaurant and visitor center.

Soon rebranded as the Glenwood Caverns Adventure Park the owners have been adding rides and other attractions ever since.

We have so much to celebrate this year. In addition to the 10th anniversary of the Adventure Park, we have just opened the expanded Historic Fairy Caves Tour and added six new gondola cabin cars. Steve Beckley, Owner of Glenwood Caverns Adventure Park