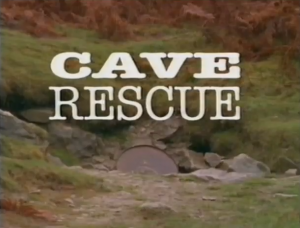 The footage follows CRO volunteers during October’s busy “silly season”, when university clubs venture onto the Yorkshire Dales just as the weather starts to worsen.

The film, uploaded in two parts by ukCaving.com user dave_the_cave, was recently found while he was rooting in his loft for some old caving VHS tapes.

Touted by the discoverer as possibly the best caving video ever, it was produced as part of a series called “Cutting Edge“.