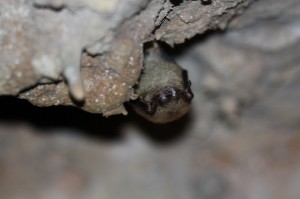 As expected, the bat that was found dead in early February near Bonshaw, Prince Edward Island has tested positive for white-nose syndrome, the disease decimating bat populations across eastern North America.

The confirmation was made recently by researchers the Canadian Cooperative Wildlife Health Centre at the University of P.E.I.’s Atlantic Veterinary College.

While this finding was expected, it is more bad news for bats in eastern North America, Rosemary Curley, Prince Edward Island Department of Agriculture and Forestry Biologist

Since the discovery of the first dead bat, P.E.I.’s Forests, Fish and Wildlife Division has received 19 reports of dead and live bats from 10 locations across the tiny province. From those reports, division staff were able to collect eight bats to be tested.

Although the bats are not known for hibernating on P.E.I., there is a chance that a hibernaculum may still be undiscovered. It may also be possible that strong winter winds blew the bat to the Island from nearby New Brunswick, one of four Canadian provinces that have previously confirmed the presence of the disease.