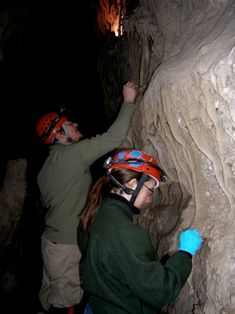 This February 8th and 9th, the park will be holding a “lint camp” to clean up all the lint – clothing fibers, hairs, skin cells, dust, and other foreign particles – that gets left behind from the approximately 40,000 people who visit the cave each year.

Over time the lint builds on cave walls and floors near the tour paths and needs to be cleaned. If left alone, lint can become cemented into cave formations, causing them to be discolored. Lint can also support mold and bacteria growth and act as an artificial food source for cave life.

The event is open to anyone interested in helping preserve the cave.