Ask Cavers: Have You Ever Found a Bear in a Cave? 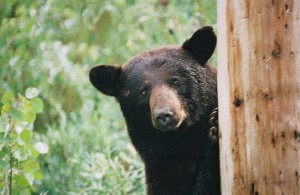 In some areas of the world caving in the late fall can add yet another danger to the equation, as hibernating bears sometimes use caves as their winter residence.

A recent trip in which another caver had yet another face to face encounter with a furry friend made us wonder; how many cavers have discovered a bear blocking their way in a cave they were trying to visit?

Let us know by answering the poll and telling us about your encounters in the comments below.

Have you ever found a bear in a cave?

Of those that responded to last week’s poll, about two-thirds of cavers that have older kids indicate that they continue caving with enthusiasm. Those seem like pretty good odds, so why are there so few young people caving?

On the other side, answers to last week’s ask caver question suggested that most cavers never plan to stop caving. The responses were extremely refreshing to hear in an age when many people seem to stop having adventures when they get older.

Thanks for all wonderful responses!