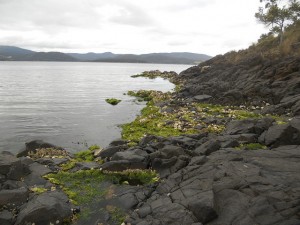 Members of a southern Tasmania scout troop had to be rescued on Saturday after they found the exit from Bradley Chesterman cave was flooded.

The group of 10 Venturer scouts called for help about 6:00 pm when a member climbed to the top of a shaft in Lune cave and raised the alarm.

The Southport fire brigade responded to the call and helped five scouts, one with mild hypothermia, to the surface.

It was just the requirement of sheer muscle power to help some of these weaker people to get back up this quite steep slope. David Cameron, Southport fire brigade chief

The caves are part of a system that includes Mystery Creek cave which claimed the lives of two school students and a teacher in 1990.