How Climbing Ropes are Made 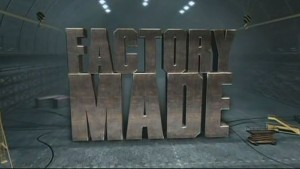 Due to the popularity of the previously posted video showing how a carabiner is made, we’ve now hunted down a similar video highlighting the construction of a climbing rope.

Like the carabiner video, the video is an excerpt from an episode of the Discovery Channel series Factory Made, this one having been aired in May 2012.

Check it out below.