U.S. Forest Service may Close All Caves in Northern Region

The U.S. Forest Service may close all caves in the Northern Region beginning on starting May 1st due to the growing threat of White-nose Syndrome. The Northern Region covers five states, including Montana, northern Idaho, North Dakota, north western South Dakota and north east Washington. The region contains twelve National Forests which are home to 16 bats species, including a dozen that hibernate and are suceptible to WNS, and six that designated as sensitive. 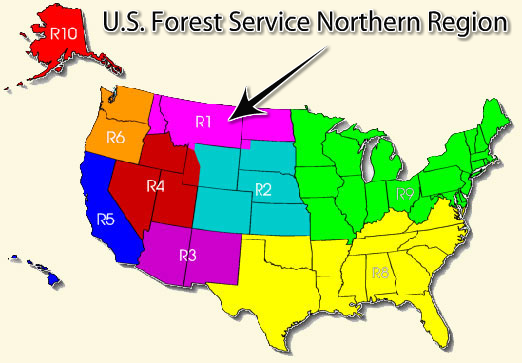 The decision was considered last fall, when it ordered the decontamination of all cave equipment, but due to winter, the decision was delayed until now.

Local cavers believe that the move is unwarranted in the area, as bats have not yet shown any signs of White-nose Syndrome. Furthermore, due to the much smaller concentrations of bats, when compared to the East Coast, it makes them much less susceptible to major outbreaks.

While the closures are currently being discussed, there are still questions still to be answered, including which caves to close and whether to allow researchers, archeologists and educational programs to continue visiting caves under some kind of permit system.

To have your say on the matter, contact Kristi Swisher the Forest Service Northern Region – threatened and endangered species program coordinator at (406) 329-3558 or by email at [email protected].