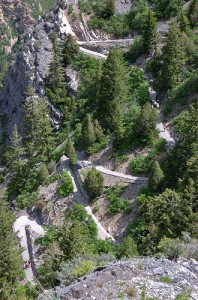 Today, for the first time in three years Utah’s Timpanogos Cave National Monument opens to the public with no planned closures due to construction projects.

Recent improvement projects at the national monument, which celebrates its 90th anniversary this year, includes the construction of a new shelter at the entrance and exit of the cave with a roof designed to protect visitors from falling rocks.

A new staircase and handrails have also been installed, as well as new LED lights along the trail and inside the cave.

In another effort, which hopes to better facilitate communication with visitors, Timpanogos Cave National Monument has hooked up with Twitter and Facebook to provide updates on ticket availability, weather, upcoming events and other timely information.