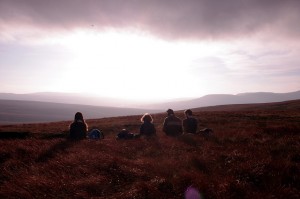 On May 12th, 2012 the U.K. based Cave Rescue Organisation will be holding Challenge 2012, a walk/run fundraiser.

Participants will have the choice of running or walking one of two routes, The Ingleborough Marathon, a 42 kilometer (26 mile) route, or the Clapham Circuit which will be around 20-21 kilometers (12-13 miles).

As a special treat, organizers have received permission from land owners to use footpaths and tracks that are normally restricted, allowing access to some of the most scenic areas of the Ribble Valley.

The event came about in order to replace the Broughton Game Show, an important fundraiser for the Cave Rescue Organisation which was cancelled after a conflict with the Olympic Torch’s tour through the area.

For more information on the event and instructions in taking part, visit the Challenge 2012 website.