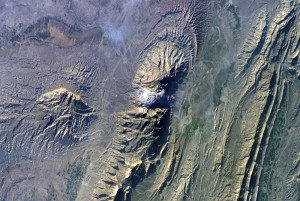 Starting this weekend, an international gathering of international karst scientists and cavers is being held in Iran to study its salt domes.

The week-long event, held by the Iranian Cavers & Speleologists Association (ICSA) along with Qeshm Island authorities (where most salt domes are located), will include an expedition to the third longest salt cave in the world.