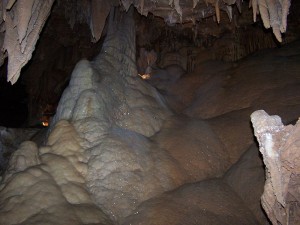 After almost 40 years of waiting, California’s Lake Shasta Caverns has been designated a Natural National Landmark by the National Park Service.

First opened to the public in 1964, Lake Shasta Caverns are a network of caves located near the McCloud arm of California’s Shasta Lake that have been dated at about 250 million years old.

With the designation finally being granted – the original application submitted in 1974 – Lake Shasta Caverns has become the 36th Natural National Landmark in California.