No Evidence of White-nose Syndrome in Britain’s Bats 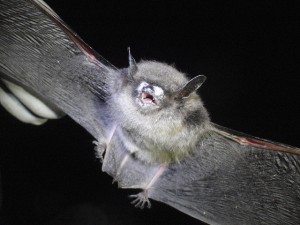 Despite a thorough search for white-nose syndrome in Britain. It has yet to be found.

A group of volunteers monitoring Britain’s 17 species of bats this spring as they emerged from hibernation in caves, old railway tunnels and abandoned buildings have found no evidence of the disease.

The concern is that a similar outbreak to what is happening in North America may occur in Britain.

While geomyces destructans has been found all over European continent, it has yet to cause any major die offs, with only a few bats exhibiting symptoms of WNS.

“However, we have seen no sign of the fungus at all in Britain, so we have no idea whether or not our bats are resistant. They may be resistant or they could be devastated if the fungus arrives – just as bats are being wiped out in the US today. It is certainly a worry,” Lisa Worledge, UK Bat Conservation Trust