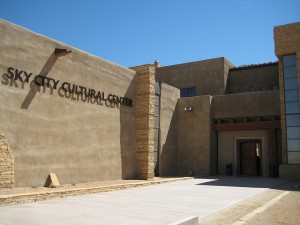 On display at the Sky City Cultural Center & Haak’u Museum at the Acoma Pueblo, the exhibit is called My Camera In New Mexico, Photographs by Craig Varjabedian & Friends.

One of the “friends” featured in the presentation is Chuck Burton, Facility Manager at Carlsbad Caverns National Park. Six of his photos will be featured, including a number of Carlsbad Caverns.