Poll: Are trip reports written after each time you go caving? 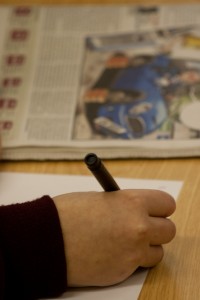 While looking for some information on cave recently, it became clear at how extremely valuable trip reports are.

Information that may have seemed mundane at the time could, years or decades later, provide clues as to the condition of a cave, it’s location or any other number of things.

That leaves us to pose the question this week. Are trip reports written after each time you go caving? If they are, what do you include in them?

Are trip reports written after each time you go caving?

Last weeks poll again saw an excellent response, with 92% of voters acknowledging some connection to a caving organization.

Although we didn’t get any of the hold outs to outline their reasoning, we had quite a few proponents express theirs.

Tony wrote that after he finally gave in and joined a club, and saw their reports on what he had missed he realized the mistake he had made in resisting. While Christian argued that the association with others of the same passion is important to improve the sport.

Many times being associated with others that have same passion have many benefits, like fighting to keep the sport, or sites open(for example). one single person is not enough to do that, is cool to be responsibility free, but is even better if you can join the efforts to make things better Cristian Pittaro, Dominican Republic Speleological Society

Thanks for the feedback! If anyone has a suggestion for next week’s poll, contact us and let us know.