Poll: Has your vehicle ever been vandalized/stolen while caving? 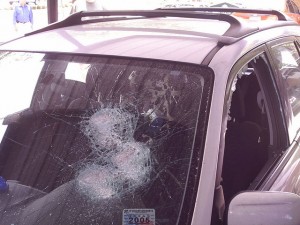 Has you ever come back to your vehicle after a caving trip to find that it’s been vandalized or stolen while you were away?

This weeks question was unfortunately prompted by the complete destruction of both the front and rear windows of our ride while on a caving trip this past weekend.

Answer the poll and tell us your stories in the comments section. Let’s hope that “no” wins handily.

Has your vehicle ever been vandalized/stolen while caving?

Last week we asked readers if they’ve ever used their caving skills in other situations. In an unexpected result, most folks answered that they had.

Reader Ian Chechet mentioned his ability to following barely discernible trails that he honed while caving and caver Bill Reed commented on his experiences entering holes that guys one third his size refused to.