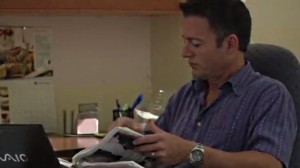 The developer behind what is to be called the Cayman Crystal Caves is adamant that the development at the caves will not have a negative impact.

Concern for the bats and other species that inhabit the caves has ignited locals after a photo surfaced on Facebook showing an excavator digging at the mouth of one of the bat caves in North Side in the Cayman Islands.

“We plan to open a nature trail for tourists, residents and everyone to enjoy.” – Christian Sorensen, Cayman Crystal Caves Developer in an interview with Cayman 27

Owner of the land, Christian Sorensen claims that the development is being done according to regulations and with government approval. In addition, the leading bat expert on island has been consulted and confirmed that the cave does not contain bats of concern, “just common fruit bats”.

“Contrary to what people are thinking the best way to preserve the caves is to have a park that has control over what happens. Presently there are countless unauthorized tours to the caves and sensitive structures are continuing to be damaged and looted. While most people do not intend to damage the site, they nevertheless tend to do so because they are not accessing the caves through controlled means. At the same time there are also people who are littering the caves with trash, and lighting fires within them. A number of illegal and unauthorized tour groups are profiting from taking people there, at the expense of the site being destroyed. No trespassing signs, fencing, gates, and various blockades have not been able to keep trespassers out.” – Christian Sorensen, Cayman Crystal Caves Developer in an interview with Cayman 27

In the works since the mid 90’s, the Cayman Crystal Caves expected to open in about two years.

Co-owner of the caves, Ole Sorensen is known for developing the Harrison’s Caves of Barbados, which won the 2011 Caribbean Excellence in Sustainable Tourism Award from the Caribbean Tourism Organization.

Owner: Cave will be preserved & Activist: Cave preservation must come before money [Cayman 27]