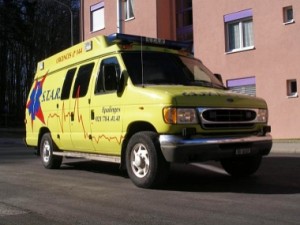 A French cave diver died this past Sunday, January 29th during an afternoon dive in the Chaudanne spring, near the town of Rossinière Vaud, Switzerland.

While the 30-year-old dived alone using a rebreather, companions on the surface noticed a rise of air. Recognizing something was wrong, another diver immediately went to his aid and found him unconscious.

Despite first aid being administered by the group until emergency crews arrived, they were not able to save him.

Known internationally, the resurgence of Chaudanne is the deepest in Switzerland, dropping over 175 meters (574 feet) and continuing on for at least 600 meters (1,968 feet).

The equipment used during the dive was seized by authorities and a criminal investigation was opened.