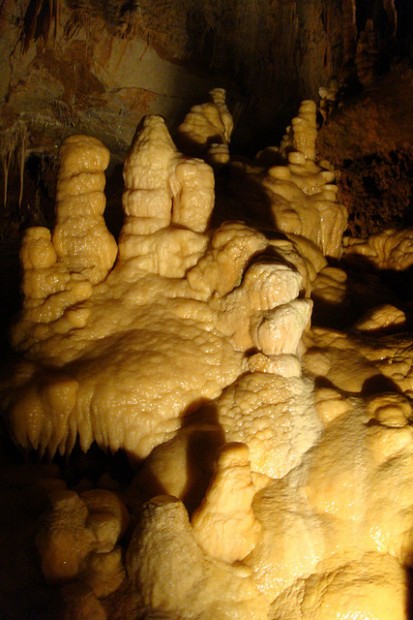 As part of a three-year climate research project a group of researchers from Florida State University are looking to Florida’s caves in order to find more information about the historical climate of the Gulf in order to offer a comparison to modern meteorological patterns.

With permission from the Southeastern Cave Conservancy Inc. (SCCI), the team recently harvested two stalagmites from a Northwest Florida cave in order to analyse them. As per the agreement, the stalagmites – one 4,000 years old, the other 25,000 years old – had to be replaced with exact reproductions. Over time these reproductions would be covered over and appear natural.

The six member team, which includes scientists, researchers and graduate students, are hoping to create a high-resolution timeline of monthly weather patterns in the Northern Gulf region that span thousands of years. This would allow them to study monsoonal weather patterns, similar to what India and China experience, and to get a better handle on predicting future weather patterns, especially in light of climate change.