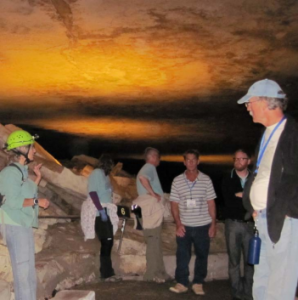 The workshop, sponsored by US Geologic Survey, NASA, Universities Space Research Association, Lunar and Planetary Institute, and National Cave and Karst Research Institute, was put on to “promote …cave exploration and research across the solar system.”

Research being done in US National Park caves such as Carlsbad Caverns National Park may give clues what to look for help scientists recognize signs of life during future exploration through our solar system.

Due to the remoteness and often harsh environments of caves, they some similar challenges to exploring other worlds. This is exactly the reason why the European Space Agency holds training camps for astronauts underground.