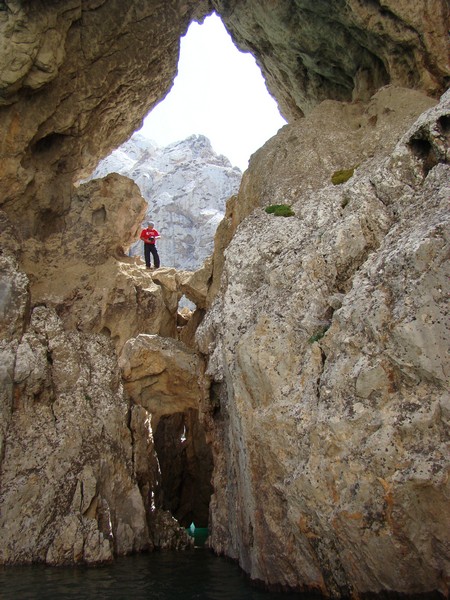 A recent Bulgarian-Kyrgyz expedition to Tian Shan, the large central Asian mountain range has returned. First visited in 2010, the team, organized by the Asia Mounatins international travel center, returned with many discoveries. This second visit, focused on determining the perspectives of future research.

The first part of the expedition concentrated on the lake Kel Suu, one of the world’s most beautiful mountain lakes. Using a boat, the team was able to cross the lake where they discovered new caves, one of which became roomy and continued on.

The second part focused on the valley of Kara Toko in the upper part of Chatkal, where despite poor weather, more caves were discovered.

There is great hope that an expedition next year will yield amazing results.