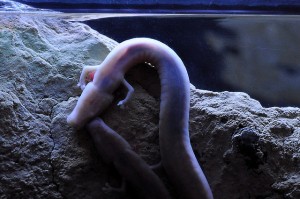 According to cave biologists, many species of animals, millions of years old, could be wiped out by development in Croatia in advance of it joining the European Union.

Recent research has discovered that underground cave systems of the Balkans, especially Croatia, contain some of the most diverse cave fauna in the world. It seems that while other countries have rich fauna areas in rainforests or marine ecosystems, Croatia has its caves.

Home to ancient creatures such as spiders, millipedes, clams, sponges, scorpions and cave salamanders. These species adapted to living in caves over the past 10 million years after ice ages and deserts wiped out most other life above the ground. 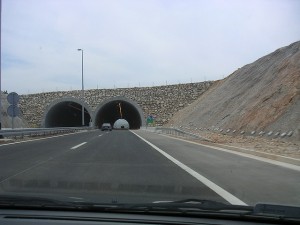 With Croatia expected to join the European Union in just two years, and a backlog of road, rail and power projects in the queue after decades of communism and wars. Development is moving rapidly.

One of the biggest and most biologically abundant caves in the Balkans, known as “Vilina Spila” or Fairy Cave is a part of a new hydro-electric plan, which involves sealing the cave with concrete and using it to store water.

It is believed by many environmentalists believe that because European Union rules would never allow developments like the one for Fairy Cave to go ahead, developers are in a hurry to get their projects started now, before Croatia becomes a member state.

Europe has many rules on habitat conservation and it is likely that large parts of Croatia would be protected once it becomes part of the EU.

Although the Croatia’s Nature Protection Directorate in their Ministry of Culture will do their best to protect the environment, they accept that some valuable caves will inevitably be lost in order to build important national infrastructure.

Because up to 41% of the country lies on a bed of limestone, whenever a tunnel is built there is an 80% chance of hitting a cave.