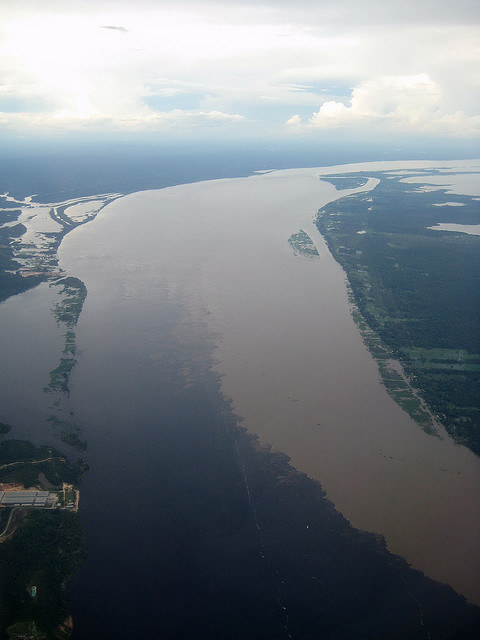 Brazilian scientists have discovered a new river in the Amazon basin. What makes it especially interested is that it runs ~4 kilometers below the Amazon river. The newly discovered river has been dubbed Rio Hamza after the lead researcher in the team that found it.

The underground river starts in an area under the Andes and flows through Brazil before opening into Atlantic Ocean.

The Hamza was discovered by using data collected from a series of abandoned wells that were drilled by the oil and gasoline company Petrobras in the 1970s and 1980s. Some 241 of these deep wells were measured for temperature changes. During the research it was found that the flow of groundwater was almost vertical until 2,000 meters deep, afterward the flow became horizontal.

With an estimated flow of less than one millimeter per hour, the Hamza is not going to win a race with the mighty Amazon and it’s 5 meters per second flow rate.

The presence of the Rio Hamza river explain why the Amazon has low salinity at it’s mouth. Further research and additional measurements will be done over the next few years to confirm discovery of the new river.