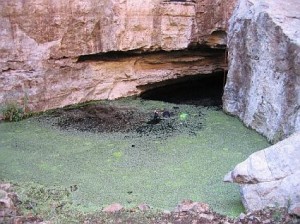 In 2005, Nightline covered a story on cave diver Dave Shaw, one of only nine people who have dived below a depth of 240 metres (800 feet) on self-contained underwater breathing apparatus.

David Shaw died on January 8th, 2005 while seeking to recover the body of Deon Dreyer, a South African diver who had himself died 10 years previously, and whose body Shaw had discovered at a depth of 270 metres (890 ft) in Bushman’s Hole, South Africa in October 2004.