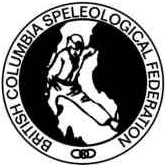 This past Saturday Phil Whitfield, a 64 year old caver from Kamloops, B.C. in Canada was honored for his lifetime of contribributions to the provinces caving community.

The award was presented during the annual general meeting of the B.C. Speleological Federation at Thompson Rivers University.

He explored his first cave in 1964 at Horne Lake Caves Park on Vancouver Island and has never looked back, he said.

Whitfield became involved with organized expeditions in the early 1970s and joined the federation when it formed in 1978. He also started B.C. Cave Rescue, which operates as a search and rescue for cavers. – Kamloops Daily News

His latest project is to help develop a conservation plan for Horne Lake Caves Provincial Park. The decades of caving are causing damage to the caves. The goal is to create a route through the caverns in order to help preserve them.

Congratulations Phil! Keep it up!

A passion for what’s down below [Kamloops Daily News]