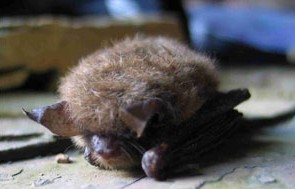 Biologists from Maryland Department of Natural Resources have confirmed that White-nose Syndrome has been discovered in abandoned mines. The mines act as important bat hibernacula for state and federally endangered bat species. Positive tests for White-nose Syndrome have been found in four of the five mines surveyed, although there is no news yet on the mortality rates.