New Blind Fish Discovered within a Cave in Cuba 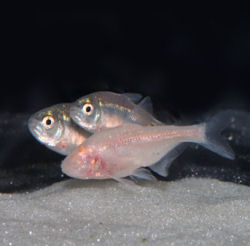 A Cuban research group is reporting the discovery of a new blind cave fish. The team of divers have identified new fishes that “swim away from the light”.

This isn’t the first blind fish species to be found in Cuba, there are already four species of the Lucifuga genus known on the island, with fifth being studied. These troglodyte fish feed on shrimps and crustaceans and can be found in both fresh and sea water.

The new fish was identified as the type dentatus and was named n.sp.