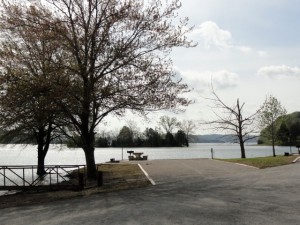 A caver was rescued after injuring herself on a trip during the 2015 Southeast Regional Association (SERA) Cave Carnival this weekend.

News Sentinel reports that Lynn Buffkin of Atlanta was visiting a cave at the base of the Obey River gorge on Saturday when she injured her knee.

During the following two-hour long rescue, 15 cavers carried, hauled and assisted her back to the surface where she was taken to a hospital in Cookeville, Tennessee for treatment.

This weekends event, held at East Fork Stables in Jamestown, Tennessee and hosted by the Oak Ridge-based East Tennessee Grotto, was reportedly attended by 365 cavers from throughout the Southeast. The area is known to contain some 2000 caves within a 50 mile radius and over 70 miles of cave passage on the property itself.