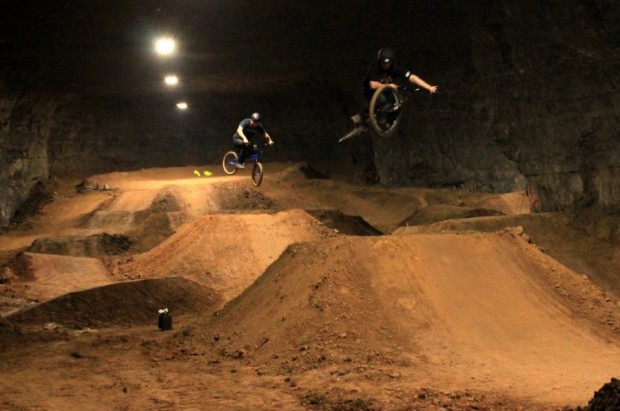 Over 45 bike trails are slated to open up 100 feet (30 meters) below the city of Louisville, Kentucky in early February 2015.

The 320,000 square foot (7.3 acre) bike park, constructed in a 27 kilometer (17 mile) long former limestone quarry beneath the Louisville Zoo, is the latest in a series of underground attractions which include zip-lines, an aerial ropes challenge course, a historic tram tour and even an underground drive through Christmas light show.

Although touted as the only underground bike park in the world, its visitors definitely won’t have the distinction of being the first subterranean cyclists.

When the park initially opens visitors will need to bring they own bike, however bike rental will eventually available in March or April 2015.

For more information on the Mega Underground Bike Park or Mega Cavern, head on over to the Mega Cavern website.