Wookey Hole, a popular show cave in Southwestern England’s Mendip Hills, is stepping up security this week after it became a victim of a strange graffiti attack over the weekend. 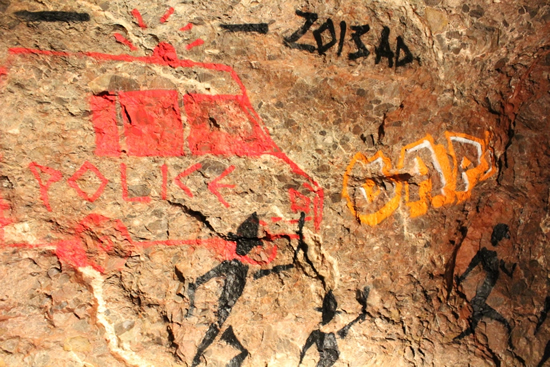 Staff were surprised on Monday morning to discover the padlock broken on the exit tunnel and prehistoric themed artwork adorning the tunnel and walls of the cave. 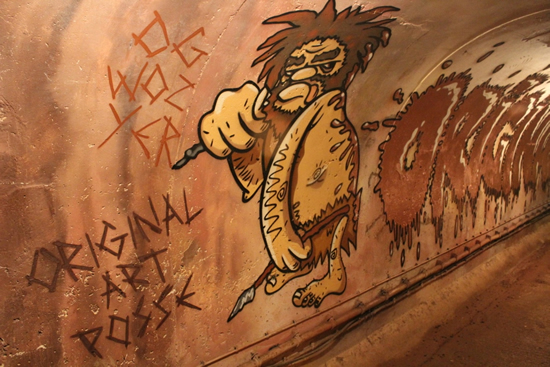 Og the caveman was here. Photo via Wookey Hole

It seems the images were well planned and have been drawn by some sophisticated and talented artist. Obviously we are not far from Bristol where the council are encouraging graffiti art and where Banksy started. Daniel Medley, Wookey Hole Owner

Besides the planning and thought that went into the images, a rope found on nearby cliffs seem to indicate that the vandals responsible abseiled down into the valley to get to the cave. 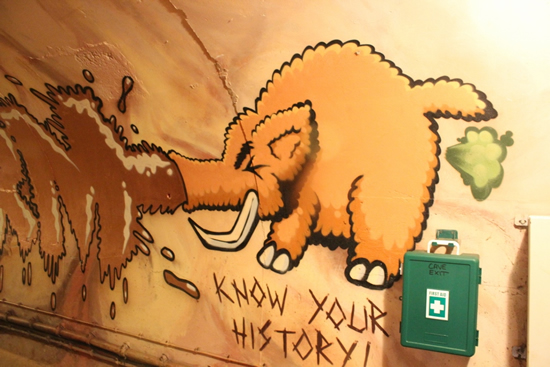 The kid favorite, a flatulent mammoth. Photo via Wookey Hole

Furthermore, searching of the cave found that although regular spray paint was used in the man-made tunnels, cans of a harmless chalk spray, that washes off with water, were used to create the images on the cave walls. In fact, water running down the walls during the last few days rains has already started the removal process. 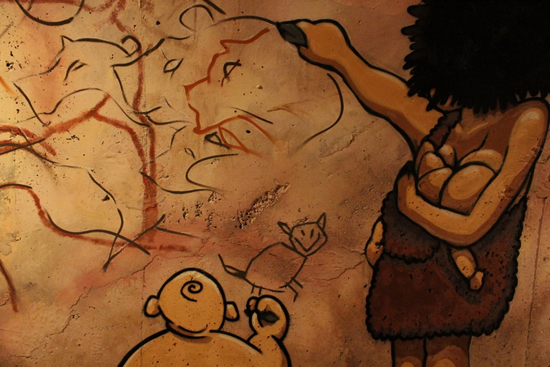 A cave woman and baby painting. Photo via Wookey Hole

With positive remarks from many visitors and the decorations growing on the cave owners themselves, they have decided to leave the unique artworks alone and let the public decide whether they think the graffiti is art or vandalism.

We are still hoping that Banksy will claim responsibility. The graffiti makes a statement about cave art being the original visual artform and makes a link between today’s graffiti artists and the prehistoric cave painters. Daniel Medley, Wookey Hole Owner 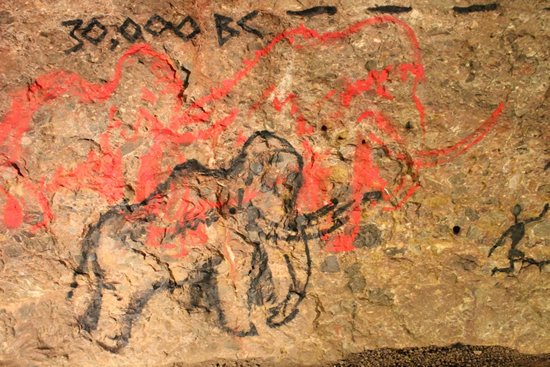 Whomever was behind it, it seems that the attack may have been a blessing in disguise.

We have already been contacted by graffiti fans interested in seeing the cave paintings so I think we can boast that we are the only showcave in Britain with cave paintings on the wall – it’s just a few thousand years newer than paintings found in other parts of the world! Daniel Medley, Wookey Hole Owner 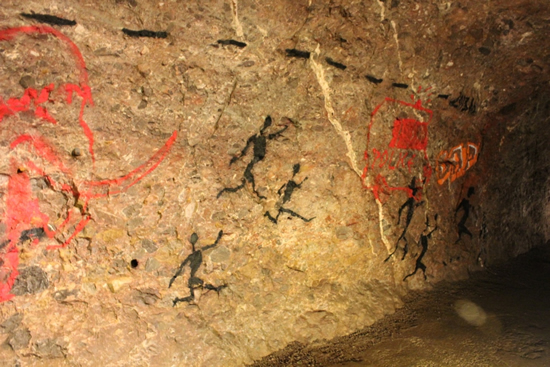