The Calls of Dead Bats Revived as Electronic Music 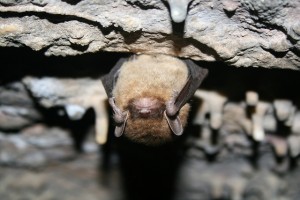 A New Mexico-based digital media artist has revived the calls of bats, killed off from white-nose syndrome, as an electronic techno recording.

Andrea Polli, an artist in residence at Woodstock’s Marsh-Billings-Rockefeller National Historical Park, was upset when she learned of the problems facing the flying mammals.

In order to celebrate their mysterious sounds, Polli took recordings of long-eared and little brown bats and looped the tracks to create a techno-sounding beat.

I thought that it would be fun to play with the fact that they sounded to me really electronic, Andrea Polli, Digital Media Artist

The recordings, featuring long-eared and little brown bats, were recorded by ecologist Kent McFarland near a pond in Woodstock, Vermont in 2001. Since then the number of bats had recorded at the site has dropped to just two, from the previous 65 or so bats each hour.

For a listen of the recording visit npr.org.