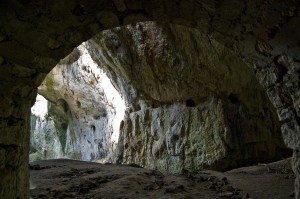 The recent movie shoot inside Bulgaria’s Devetashka cave that left its precious bat population in jeopardy is beginning to attract legal attention.

Used as a location for the upcoming action movie “The Expendables 2“ which stars Sylvester Stallone, Bruce Willis, Arnold Schwarzenegger and Chuck Norris, Devetashka Cave is home to a number of endangered bat species, making it one of the most important natural habitats of bats in Europe.

This weekend during a check of the cave, folks from the Center for Bat Studies and Protection discovered that the bats have come out of hibernation already. This has occurred much earlier than usual and there is now concern how many will actually survive until spring.

Several dead bats were also found inside the cave, as well as a number of tire marks, even in the protected areas.

Environmentalist organizations who have been protesting the filming since before it even began are planning to initiate lawsuits over accusations that the filming violated the law.

Under current Bulgarian legislation Devetashka cave is restricted to tourism and scientific research. It has also been discovered that besides Bulgarian regulations, filming in the cave would have also in breached of the Agreement on the Conservation of Populations of European Bats.

The report of dead bats being found in Devetashka cave has roused the European Commission, who has sent a letter to the Bulgarian Ministry of Environment and Waters looking for more information, hinting that EC sanctions could be looming for Bulgaria.