Poll: Have you ever used your caving skills in other situations? 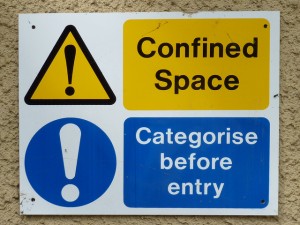 Have you ever been called upon to work in tight situations or ventured into a ventilation duct when no one else would?

In light of the recent story of swiss cavers moonlighting as very specialized construction workers, we began to wonder if other cavers out there were also putting their caving skills to work in other situations.

Answer the poll and tell us your stories in the comments section.

Have you ever used your caving skills in other situations?

It came as no surprise that most of our readers (76%) are weekend warriors, indicating in last weeks poll that they spend most of their time underground during the weekend.

The remainder of the votes were split evenly between cavers who spend vacations underground and those that live close enough to caves that they can go during the week.