Poll: How much total driving time is involved in your average caving trip? 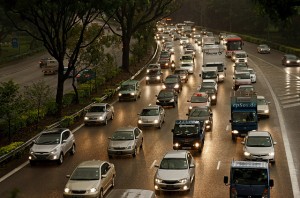 During a recent caving trip which involved a lot of driving, we began wondering how far other cavers travel in order to visit caves. This was further enforced during the poll a few weeks back that asked how much cavers spend on caving each year, when some answered that most of the money went towards fuel cost.

That said, our question this week asks how much total driving time is involved in your average caving trip?

Answer the poll and give your feedback in the comments below.

How much total driving time is involved in your average caving trip?

In last weeks poll, which asked which tool you use to measure distance when surveying, we had a tie. Excluding the folks that responded that they didn’t survey, exactly half of all answerers still use tape, while the other half have moved on to lasers measuring tools.

We had some excellent comments from folks, giving some great reasons why they use the tool that they do. While some use tapes still out of habits, some use both together, and still others that use lasers, still carry a tape as a backup. An interesting comment came from Brandon Johnson, who explained that lasers don’t work underwater, leaving tapes and guidelines the only real option for cave divers at the moment.

Dave West mentioned that he liked using tapes as it can be used as a reference in the sketch, something that can’t be done with an invisible laser beam. However, Gary liked that data from laser tools can be fed directly into a computer to immediately see any errors or possible connections with other nearby systems.

Thanks for all the excellent comments everyone.