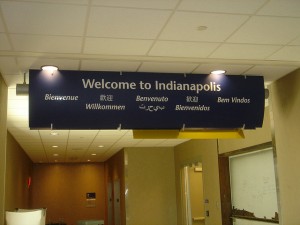 A contract worth nearly $505,000 USD has been awarded to Indiana State University by the Indianapolis International Airport to study bats on its grounds.

Under the federal Endangered Species Act, the airport must monitor the bats, specifically the Indiana bat, that live or roost on the airport’s hundreds of acres of land each year until 2017.

The recent two-year contract adds to the $2.5 million already paid to ISU to monitor the bats since 2004.

The positive result, according to ISU biology professor John Whitaker, is that the research has resulted in “a treasure trove of information on bats and how to best accommodate them, particularly the Indiana bat.”