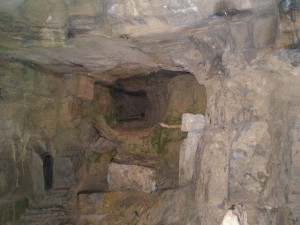 As part of a fundraiser for local flood relief efforts, some 20 cavers will be paying $100.00 USD each to gain access to a rarely visited section of Howe Caverns in upstate New York this Saturday.

The cavers, from New York, Massachusetts and New Jersey, will be exploring and mapping a section of the cave known as the Mystery Passage.

Not open to the public for tours, the section of the cave has only been visited a half-dozen or so times before.

The area around Schoharie County was devastated by flooding last August caused by Tropical Storm Irene.