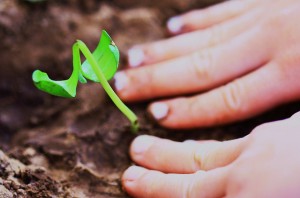 A bacteria that lives naturally in soil has been discovered to act like an antidepressant.

Known as Mycobacterium vaccae, the bacteria increases serotonin and norepinephrine levels in the brain which leaves people feeling happier.

Accidentally discovered 10 years ago during an experiment to develop a treatment for lung cancer, the dead Mycobacterium vaccae bacteria were injected into patients. Besides seeing the expected immune system boost, researchers also notice an improvement to patients “emotional health, vitality, and general cognitive function.”

“We believe that prolonged exposure to [M.vaccae] from childhood could have a beneficial effect,” – Dr. Christopher Lowry, neuroscientist

The results of the 2007 study are available in the journal “Neuroscience.”