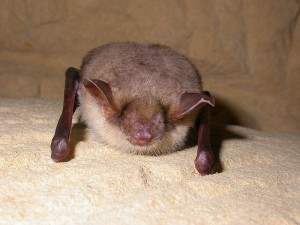 An article in the January 2012 issue of the Journal of Wildlife Diseases confirms the discovery of white-nose syndrome in European bats.

Although European bats had been seen exhibiting the characteristic white muzzles of WNS for decades, and identification of Geomyces destructans was made in 2008, confirmation of WNS itself had not been made do it’s method of testing that requires the bat to be euthanized, which is not allowed without a permit.

With the discovery of a dead greater mouse-eared bat in the Czech Republic’s Stara Dratenicka cave in March 2010 and five more, found 12 days later in nearby Bycı skala cave, scientists finally had what they needed to perform the test.

The results from the histopathological examination confirm the presence of white-nose syndrome in Europe, with two of the bats found dead testing positive and exhibiting symptoms of the disease such as significantly lower weight.

While mortality rates have so far not affected the population size of Europe’s bats, this conclusive proof of WNS and its ability to kill indicates the importance of keeping a close eye on Europe’s bat populations in the future.