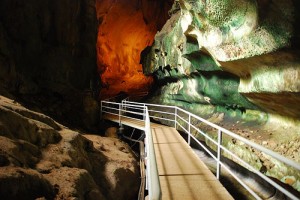 Evidence of its age is given in one of the rock formations, known as “meat rock”, which has been estimated to have taken at least 1,500 million years to form.

This new revelation has now prompted further studies of the cave by government officials.

At over 3 kilometers (1.8 miles) long, Gua Tempurung is one of the longest caves on the Malay Peninsula.