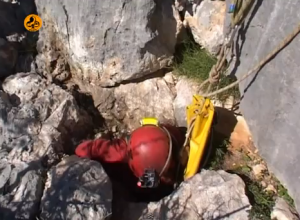 A couple of italian documentaries featuring both dry and underwater caves have recently been uploaded in their entirety to YouTube by Studio Blu, the production company responsible for creating them.

The videos, which are both 30 minutes long, are in Italian with english subtitles. They both feature some fascinating sights.

Thanks Studio Blu for releasing them!

Dating from 2006, this documentary features the submerged and mostly unexplored caves of Diros in Greece.

From 2008, Cumbida Prantas features the caves of “Supramonte di Dorgali”, in Sardinia which contain the ancient heritage of the Sardinian people.

[via Massimo D’Alessandro on the Caving’s News Facebook Page]