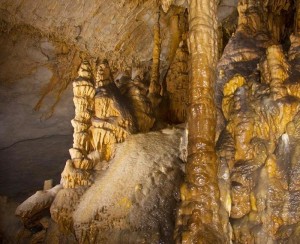 Middlesboro Daily News tells of the challenging scenario, which saw two incidents occur within 10 minutes of each other in two different sections of the park’s Gap Cave on Sunday.

The two casualties portrayed what could easily be conceivable conditions in the popular cave. The first came down with shortness of breath from the strenuous walk, while the other casualty suffered back and foot injuries after a fall down some metal steps.

If you always think of it as a matter of ‘if’ then it’s just preparing for the ‘when’ — when to expect the accidents because they just happen and that’s what this is for. Jarrod Dotson, Cumberland Gap National Historical Park Guide and Collateral Duty Chairman

With the help of rescuers, both mock casualties made it out of the cave safely.

It’s a good refresher and gets guides and some people that have never done this to think on their feet and plan for the worst. Bradley Cope, Cumberland Gap National Historical Park Law Enforcement Officer and Mock Rescue Organizer

This was the third mock rescue held at the park.