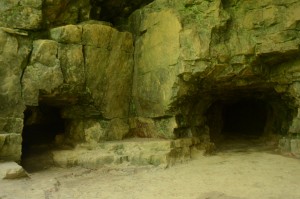 Nearly two years after a tornado devastated Wisconsin’s Cherney Maribel Cave County Park, the park is still working to restore the park to its former glory.

The August 2013 tornado ripped through the park destroying over seventy-five percent of the trees, along with the picnic shelter and the restrooms. It was left in such a mess that it was closed for cleanup until the following June.

htrnews.com reports that the staircase leading to the lower level of the park has now been replaced and the park aims to finally construct new restroom facilities and a new pavilion later this year. All the work is being funded by storm insurance.

Meanwhile inside the caves, members of the Wisconsin Speleological Society work at restoring the passages to their former glory by removing glacially deposited sediments. The current project is a cave optimistically dubbed “A New Hope.”

The park is open daily until October 1st with public cave tours put on by the Wisconsin Speleological Society scheduled for every third Sunday of the month.