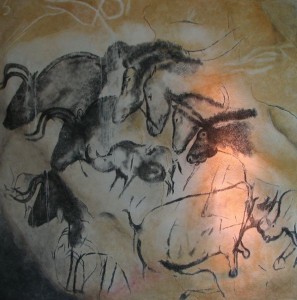 A near-exact replica of France’s famed Chauvet Cave, which contains some of the oldest cave art in the world, is slated to open later this month.

First discovered in 1994, the pristine cave was immediately closed to visitors to protect the amazingly preserved art, which at 30,000 years old is considered to be some of the most significant in the world.

To allow the public to experience this wonder of prehistoric handicraft, the French government has invested €55 million ($58 million USD) to recreate it, as they did with the more well known Laseaux cave in 1983 after it was closed due to the throngs of visitors which caused its artwork to deteriorate.

Thanks to the advances in technology, the replica of not only the paintings but the cave and its formations are accurate to the milliliter (1/30th of an inch). The whole experience, including sensations of silence, obscurity, temperature, humidity and acoustics, has been carefully orchestrated to give the experience of visiting the original cave.

Besides the cave, the site, located in 29 hectares of woodland about two kilometers (1.2 miles) away from the original cave, includes a gallery that takes visitors back to see what the region would have looked like 36,000 years ago. Life-size woolly rhinos, mammoths, bison, humans and other fauna are included along with a film and interactive touch screen exhibits.

Until now, the best way to experience the recently inducted UNESO world heritage site was the 2010 documentary film about Chauvet Cave by Werner Herzog, Cave of Forgotten Dreams.

The replica cave is set to open on Saturday April 25th and some 40,000 tickets have already been sold. It is expected that 300,000 people will visit the replica annually.