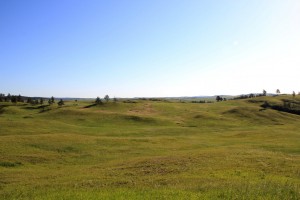 The grassland at Wind Cave National Park. Photo by daveynin/flickr

Fire crews at South Dakota’s Wind Cave National Park are planning to burn 1,000 acres as part of a prescribed fire application this April.

Last October, 1,199 acres of the Cold Brook Burn, Units 1 and 3, were burned to help reduce the fuel load and the risk to nearby homes from a catastrophic wildfire. However, the day Unit 2 was to burn the weather forecast called for poor smoke dispersal and the burn was postponed.

Now, depending on weather and fuel moisture, Unit 2 is slated to be burned in early April.

We’re waiting for the spring green up to begin so it will help retard some of the fire spread. With a little bit of moisture, we could conduct the burn as early as the week of April 6. Vidal Dávila, Wind Cave National Park Superintendent

During burning operations, Highway 385 will be closed periodically due to smoke and nearby flames, and the Cold Brook Trail will be closed potentially for 2 weeks beginning the day of the burn. 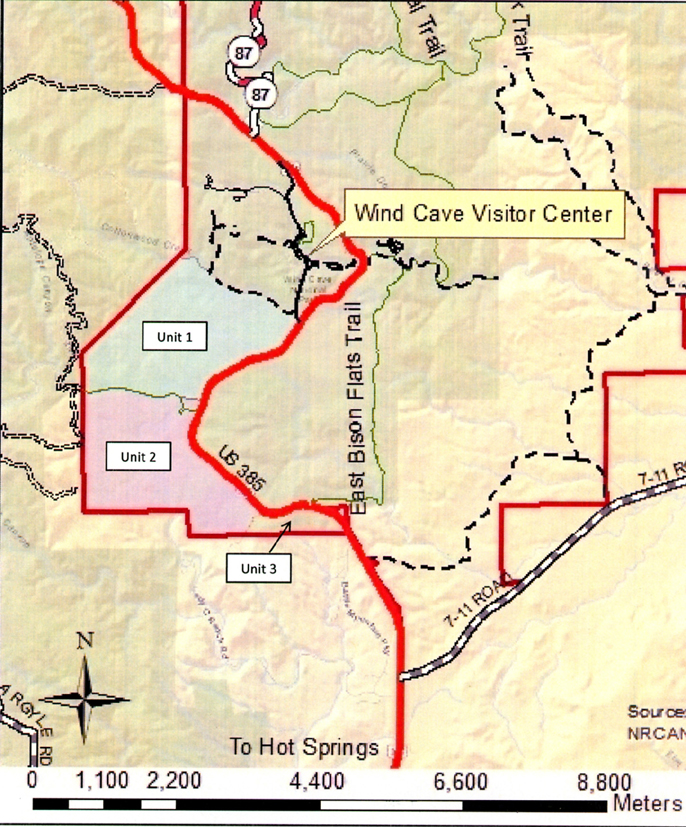 Wind Cave National Park is planning to burn 1,000 acres in Unit 2 this April. Map via NPS

This burn is a continuation of a history of prescribed fire application in the park dating back to 1972.