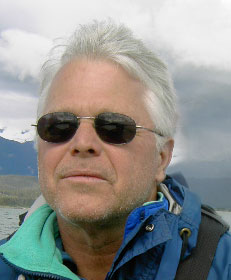 The event, the world’s largest gathering of pioneers of exploration in space, in the oceans and on land, will be held at the American Museum of Natural History.

Appointed a fellow member of the exclusive club in 1979, Steele will now be presented with a Citation of Merit for his efforts exploring many of the longest and deepest caves in the USA, Mexico, and China.

Bill is currently co-leading an official National Speleoelogical Society project, dubbed Proyecto Espeleologico Sistema Huautla (PESH), to explore and study Mexico’s Sistema Huautla, which in 2013 became the deepest cave in the Western Hemisphere. The 2015 expedition begins next week and is expected to run for nearly six weeks.

For those that can’t be there, the entire event will be broadcast live on the Explorer’s Club website beginning at 6:00pm eastern time.