The NSS Board of Governors, meeting this weekend in Richmond, Virginia, voted to add a 14th preserve to the NSS Cave Preserve system—the five-mile-long New River Cave, longest cave in Giles County, Virginia. It is the first cave preserve for the society in the commonwealth. 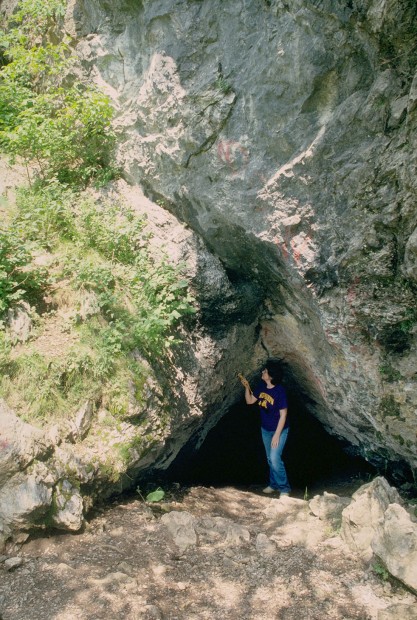 The Entrance to Virginia’s New River Cave. Photo via NSS

It was nearly a year ago that Virginia caver Tim Kilby, owner of New River Cave, approached the Cave and Karst Acquisition Committee with a desire to sell the cave to the society. Tim had owned and managed this frequently visited wild cave for 25 years and wanted to see it preserved for future generations. He has permitted recreational, educational and scientific access to NSS members and to recreational cavers. It is the desire of the BOG that this continues. A management plan has been developed and will be finalized once a management team is in place. Anyone interested in serving on the management committee should contact Gary Moss.

The acquisition includes two tracts of land—13.6 acres and 0.38 acres. The $40,000 sale will be paid out over a three-year period for both tax purposes for Tim and fund raising purposes for the NSS.

First surveyed in 1976, and updated in recent years, the 8.5 kilometers (5.3 miles) of passages makes New River Cave the longest known cave in Giles County and the immediate area. While the vertical extent is 109 meters (359 feet), virtually all areas of the cave are accessible to the horizontal caver. A variety of trips may be tailored to the experience level and interests of cavers. The cave was among those featured during the 1995 NSS convention in Blacksburg. 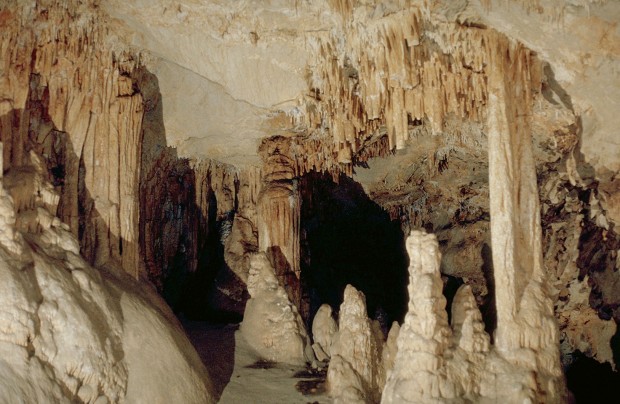 New River Cave contains one large waterfall, several small waterfalls, stream passages, many rooms, breakdown and alcoves. A trip to the back of the cave takes experienced cavers around 18 hours. The cave, while mostly linear, has some maze sections. The cave is formed along the Saltville Fault and has a wide variety of speleothems, although some damage to formations in the front part of the cave has occurred. The cave is in the process of being remapped by Dave West and a new map should be completed in the near future. It has been open to recreational caving for more than 70 years.

Those interested in supporting this acquisition and keep cavers and the NSS owning caves, please send your donation to the NSS, c/o Cave and Karst Acquisition Fund, 2813 Cave Avenue, Huntsville, AL 35810-4431.