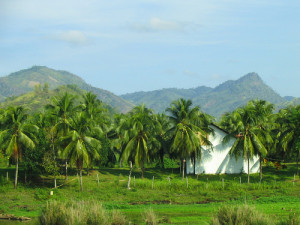 The Landscape of Zamboanga. Photo by long_mnz/flickr

A Cave Summit is being planned for sometime next month in the Southern Philippine city of Zamboanga.

The summit, hosted by the Department of Environment and Natural Resources, will press for the conservation and preservation of caves, under threat by sand and gravel contractors and treasure hunters, and the promotion of eco-tourism.

Bringing together officials from the barangays (administrative regions), where the caves are located, the Department of Tourism and City Council, the group study and discuss the state of about 20 caves that need immediate attention from the authorities.

So far an official list of 149 caves in Zamboanga City has been compiled from a rumored total of 257.