Ask Cavers: What is the Best Caving Film? 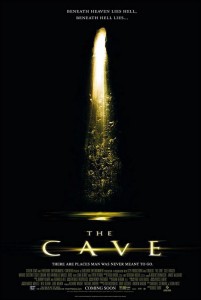 The Cave is an American horror film from 2005 which received poor reviews.

While there have been a number of caving films that have come out over the years, most of the ones that hit mainstream movie theaters end up with a generally poor reputation in the caving world.

Sometimes it’s an implausible representation of caving that turns folks off, while other times it’s the ridiculous monsters inhabiting the caves.

This week, we want to hear which are the best caving films. Whether it is a documentary, action or horror movie, it doesn’t matter.

We received many excellent tips from cavers responding to last weeks question.

Some of the best tips we received include:

Cave with somebody fatter than you are, that way if they fit you know that you’ll have no problem! Wormster

know your limitations. You learn them only by trial and error, so push yourself hard when you have the protection of accompanying, experienced cavers to protect and mentor you. Once you know your limitations, then work to lessen them by pushing harder still. Don’t ever stop pushing your envelope! Buford Pruitt

If you feel you are about to lose your balance, do not reach out with your arms for something to grab onto. This will likely result in either a broken formation or a broken wrist. Instead, immediately bend your knees and crouch as low as you can. Bring your butt right down behind your heels. This lowers your center of gravity, making it easier to regain your balance. Also, if you do fall, you don’t have a far to fall from the crouch position. David

To read the rest check out the comments section on last weeks question.

Thanks for all responses!